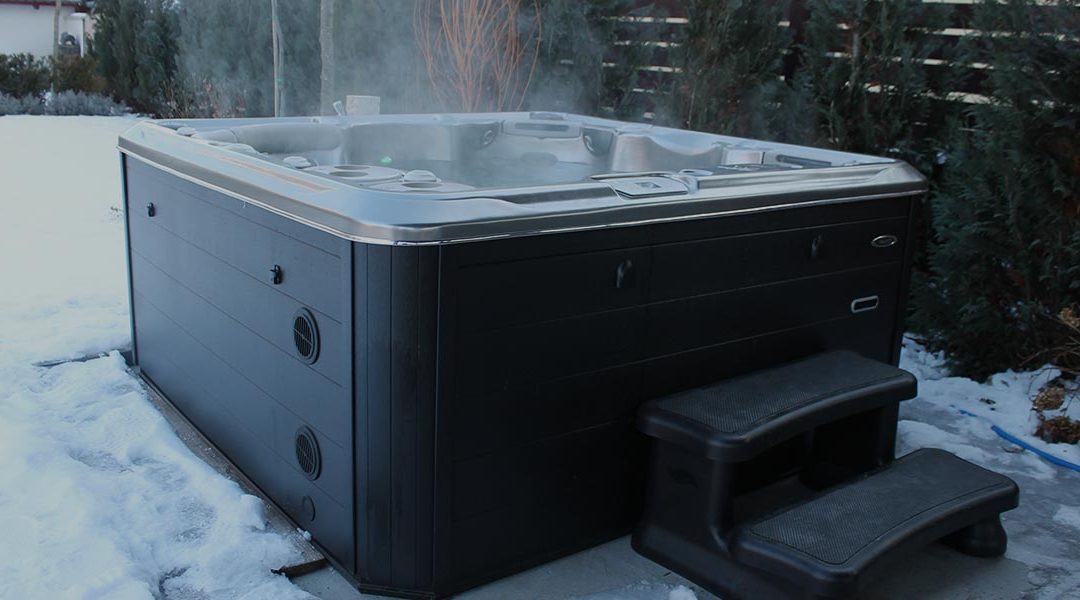 In the last few years, consumers have really begun to put an emphasis on buying from local suppliers. Not only is buying Canadian good for the Canadian economy, in some cases there are some real benefits to consumers. Hot tubs are a great example of this. Today, we will look at a few reasons why Canadians should try to buy Canadian hot tubs.

In general, hot tubs made in North America are built to a much higher standard of quality than those made overseas. Rather than piece together hot tubs from cheap, mass produced parts – as is standard with overseas hot tubs – North American manufacturers use quality components that are designed for long lasting performance.

Those components then go into manufacturing prototypes which are put through rigorous testing by a team of engineers. The end result of this process is a final product that provides superior hydrotherapy, comfort, and energy efficiency, not to mention a much greater life expectancy. As an example of this, let’s look at a couple of advancements in quality and performance that Canadian manufacturer Hydropool Hot Tubs have made to their products over the last decade.

Rather than use a standard 4HP jet pump in their hot tubs, Hydropool hot tubs went looking for a pump that could provide more power while using less energy. When they couldn’t find one they collaborated with another Canadian company to produce their Evergreen pumps. Evergreen pumps are able to produce 180 gallons per minute of water flow – standard 4HP pumps only produce around 140 GPM – while also using 26% less power than a standard jet pump.

Not satisfied with just improving their pumps, the engineering team at Hydropool then began looking at their plumbing. By repositioning their new pumps and by reducing the amount of 90 degree elbows in the plumbing, they found that their hot tubs produced a stronger, more balanced massage.

The end result of all of these changes? A hot tub that uses less electricity while also producing a stronger, more balanced massage. This is the kind of innovation and dedication to quality that you will simply not find in overseas manufacturers.

Although Canadian made hot tubs will almost never be as cheap as hot tubs produced overseas, they do have many pricing advantages over their American made counterparts.  The two biggest are exchange and shipping costs.

The rising American dollar means that American made hot tubs have skyrocketed in price over the last few years. An American made hot tub that once cost you $8,000 can now easily cost over $10,000, purely due to exchange rates. By purchasing a Canadian made hot tub, you can use that additional $2000 to offset some installation costs, or use it to upgrade your hot tub and get some additional features that you wouldn’t be able to get on the American hot tub.

Along with the added costs from exchange rates, American hot tubs also come with much higher shipping costs. Transporting hot tubs isn’t cheap. The cost to ship a hot tub from California to Ontario can easily add $500 to the selling price of the hot tub. As with the exchange rate, this added cost doesn’t really benefit you in any way. Spending that same $500 on a Canadian made hot tub could get you additional lighting or therapy options, rather than just paying for the retailer’s shipping and brokerage costs.

MADE FOR LIFE IN CANADA

Canada is a relatively small market globally. In fact, there are more hot tubs sold in California every year than in all of Canada. For this reason, most hot tub manufacturers don’t really design their hot tubs for climates like those found in Canada, focusing more on climates like the Southern USA or the UK. Canadian manufacturers are different. Their primary market is Canada so their hot tubs are designed with Canadian winters specifically in mind.

For example, one common problem with hot tubs is a lack of protection for the plumbing. Most hot tub manufacturers use spray foam insulation that encases the shell of the hot tub, insulating the water and most of the plumbing. The downside of this approach is that some of this plumbing, as well as the pumps and heater of the hot tub, is outside of the insulation and left exposed to the elements. If something were to go wrong with one of these hot tubs (like a power outage) during the winter in California not much would happen. In Canada however, the water in the exposed plumbing and pumps could freeze solid in as little as a few hours; potentially causing serious damage to the hot tub.

Not only are Canadian winters cold, they’re also long. For this reason, Canadian hot tub manufacturers also place a lot of importance on energy efficiency.

The 2nd layer of insulation found in Hydropool Hot Tubs, for example, not only helps to protect the hot tub from freeze damage, it also traps around 90% of the waste heat generated by the hot tub and uses it to further heat the water.

Some Canadian hot tub manufacturers go beyond just adding insulation though. The Self-Cleaning filtration system found in Hydropool Hot Tubs is designed to keep your hot tub clean and clear at a fraction of the cost of a standard filtration system. It does this with an ultra efficient pump and advanced programming that allows you to schedule your hot tub to only run during off peak energy rates.

The last advantage of buying a Canadian hot tub is the price and availability of parts. Just like with the hot tubs themselves, parts for Canadian made hot tubs are cheaper than their American counterparts. This is due to a combination of the exchange rate and shipping costs.

Not only are parts cheaper, they’re also more readily available. Retailers can only carry so many parts on hand. If your hot tub requires parts that aren’t in stock you want to make sure that you can get those parts in a timely manner. If those parts have to come from a factory overseas or the southern United States, you could easily be waiting for 3-4 weeks to get your parts, depending on how fast they get across the border.

Parts coming from Canada take much less time to arrive, usually in as little as 2-3 days. This means much less downtime for your hot tub and much less risk of freezing damage for winter repairs.

Buying a hot tub from a Canadian hot tub manufacturer has many advantages for Canadians. Not only does it help the Canadian economy, they often provide a much better value than other premium hot tub brands made in the USA and better build quality than overseas manufacturers. Check out our full lineup of Canadian made Hydropool Hot Tubs here and see for yourself why Canadian made hot tubs are some of the best in the world!