Why Are So Many People Buying Swim Spas? 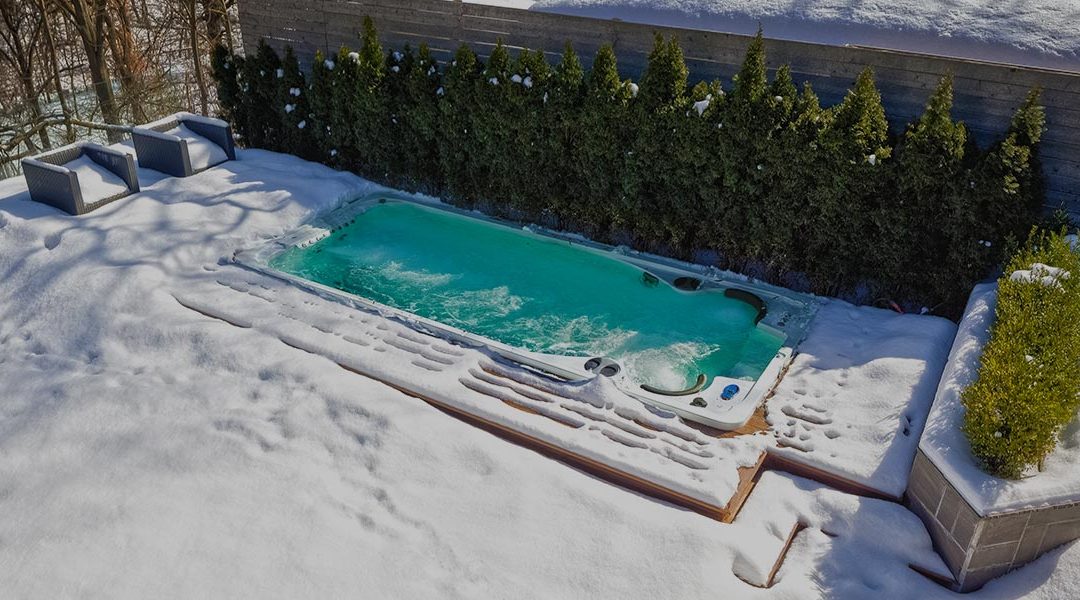 Every year, more and more swim spas are being purchased in Canada. Why?

By now, most people know what a swim spa is. What most people don’t know is that swim spas have actually been around for over 25 years! Only a few years ago swim spas were a relatively rare thing to see in backyards. However, in the last 5 or so years, swim spa sales have exploded! Why are so many people turning away from pools and instead purchasing swim spas? There are actually a few reasons. Today we explore a few of the most popular.

One of the biggest reasons why more and more Canadians are buying swim spas is that they want a longer swim season. It’s no secret that the outdoor swimming season in Canada is short. In fact, without a heater most pools will only stay at swimming temperature for around 3 months of the year.

Swim spas allow you to easily, and affordably, extend your swimming season to at least 6-9 months of the year, with some swim spa owners operating their swim spas year round! They can do this because both they are insulated, and because they hold much less water than a pool does.

While you could simply maintain a swimmable temperature in your pool using a gas or electric pool heater, the cost to do so can quickly get out of control. Not only are pools not insulated, a standard pool is also quite large. Keeping 40,000+ litres of water at 80 degrees is no easy task for a heater once it starts to get cold. For this reason, your pool heater will have to work around the clock in order to properly heat the water. This can lead to heating bills that easily exceed $500 per month!

Another reason why people buy swim spas is that they’re less expensive than an in-ground pool to purchase, and far cheaper to run.

As we’ve just seen, extending your pool’s swimming season can easily cost $500 per month. Heating and running a swim spa in the colder months, on the other hand, costs a fraction of that. Most of our swim spa customers report that they can comfortably heat their water in the fall for $100 or less per month!

Not only are swim spas less expensive to heat, they’re also much less expensive to run. Due to their small size, swim spas require much less chemicals to operate. They also don’t require accessories like pool cleaners, backwash hoses or skimmer nets to keep themselves clean; saving you money in maintenance equipment.

3) BACKYARDS ARE GETTING SMALLER

Another one of the main reasons why more and more people are turning to swim spas is that backyards keep getting smaller. Builders keep trying to fit more and more houses in a smaller and smaller area. As they do, backyards continue to shrink.

Not too many people want their entire backyard taken up by a pool so many are turning to the smaller swim spas to get their swimming fix.

Not only are swim spas easier to fit in small backyards, they’re also much easier (and cheaper) to install.

A standard in-ground pool takes anywhere from a few days to a few weeks to install and requires completely tearing apart your backyard. Once the pool is complete, you’re left with a muddy mess that needs to be re-sodded and landscaped. This adds more time, and expense, to your pool project.

Swim spas, on the other hand, only require a poured concrete foundation and basic electrical installation. Since they are completely self-contained units, they can be delivered and installed within a few hours; without completely tearing your backyard apart.

People today have less and less free time. Nobody wants to spend that free time maintaining their pool!

There are a few reasons why swim spas require much less maintenance than pools. These include:

Hydropool swim spas take this one step further. Their Self-Cleaning filtration system filters faster, finer, and more efficiently than any other pool or swim spa in the market today. Self-Cleaning filtration cleans all of the water in the swim spa in less than 45 minutes. Their filters are also twice as efficient as other swim spa filters, filtering down to a 5 micron level. This allows you to keep cleaner, clearer water with only a few minutes of maintenance every week!

While some people choose swim spas because they are so easy to maintain, others are drawn to their unique fitness options.

The current systems found in most swim spas allow you to infinitely swim at your own pace. Not only that, most also come with other fitness options, including rowing kits, exercise bars for aqua fitness, cross training programs and more!

While getting in shape is great, sometimes you just want to relax! Swim spas are the perfect pool for relaxing after a hard day. Whether you’re cooling down in the swim tank, floating in your favourite pool chair, or enjoying a relaxing, therapeutic massage in one of their therapy seats, swim spas are made for relaxation!

With all of the benefits that swim spas offer over traditional pools, it’s no wonder that swim spas have exploded in popularity over the last few years. Whether you’re looking to save money, extend your swimming season, get in shape, reduce your weekly pool maintenance, or simply relax; swim spas might be what you’re looking for!