Plug & Play Vs Traditional Hot Tubs; Which Is Better? 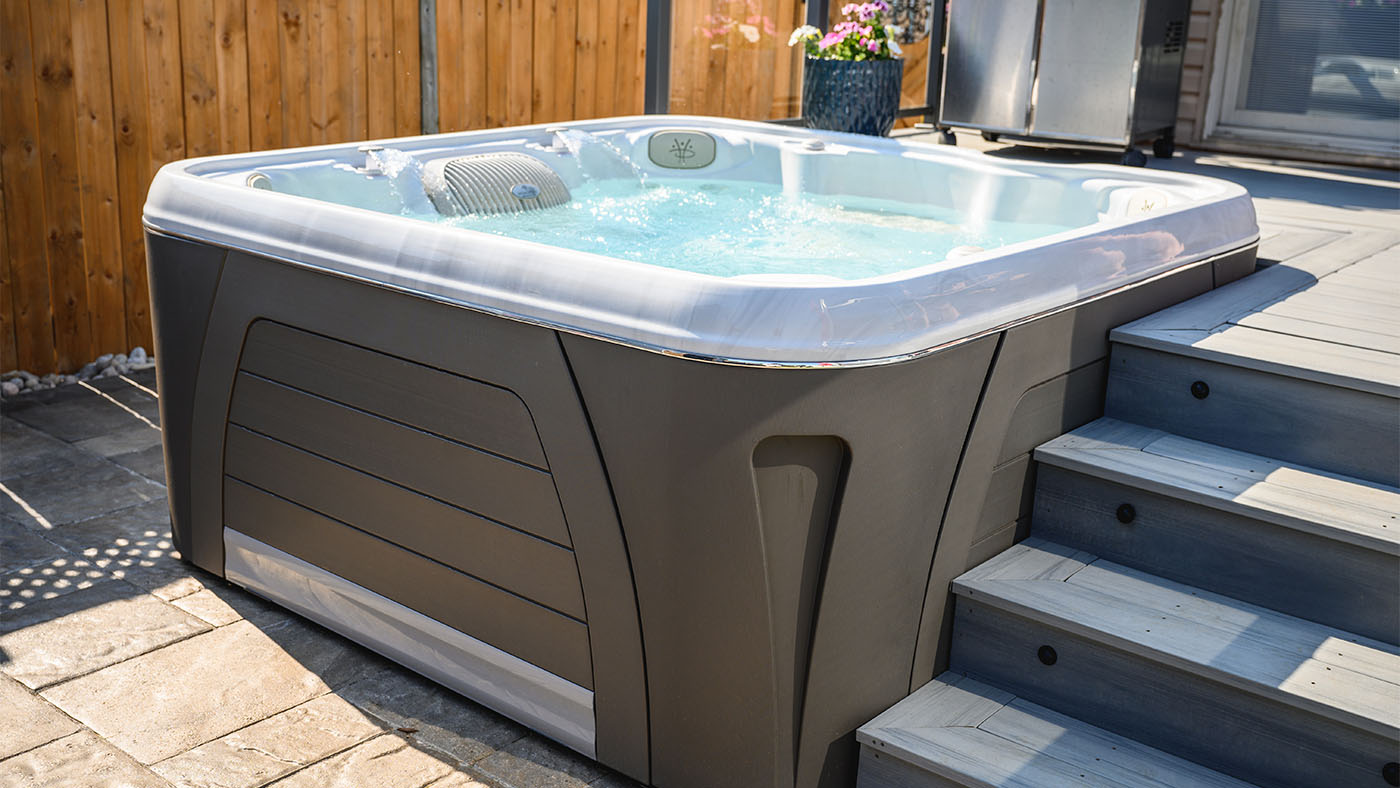 What Are Plug & Play Hot Tubs?

Plug and play (sometimes written as Plug N Play) is an industry term used to describe hot tubs that can operate at 110V. This means that they can be plugged right into a standard GFCI-protected outlet. This is opposed to a standard 220V hot tub that requires an electrician to come in and hard wire it to a 40-60 amp breaker.

To be able to operate at 110V, plug and play hot tubs are fitted with smaller pumps and heaters than their 220V counterparts. They’re also typically more “bare bones” in terms of lighting and other electrical components than a standard hot tub would be.

As we just mentioned, plug and play hot tubs are typically much simpler than standard hot tubs. Standard hot tubs will typically have more lights, better control systems, and waterfalls. Some are also able to be equipped with additional features such as ozone / UV sanitization systems, waterfall pillows and wireless controls that can be accessed through an app on your phone.

Some plug and play hot tubs even lack basic features like acrylic shells, moulded seats and headrest pillows; though this is done to keep their price low, rather than being a limitation of the technology.

Since they rely on a smaller jet pump; plug and play hot tubs have fewer jets and slightly less power than a traditional hot tub. This can lead to a somewhat underwhelming hydrotherapy experience.

Note: It must also be said that heat and buoyancy are also key factors in hydrotherapy. Plug and play hot tubs can, therefore, still provide good hydrotherapy; just not quite as good as a well designed 220V hot tub would.

The limited power capacity of plug and play hot tubs have two downsides when it comes to heating:

The smaller heater will have to run longer in order to keep the water at your desired temperature.
When the jet pump is at running at top speed, there isn’t enough remaining power to run the heater. This means that you will have to choose between using the jets and keeping the water temperature up.

These drawbacks can be especially noticeable in the winter where the heating and filtration systems will have to run almost constantly to keep the water at the set temperature. When you do use the jets, the water in a plug and play hot tub can also become noticeably cooler in as little as 15-20 minutes.

When it comes to up-front costs, you can’t beat a plug and play hot tub. Their simplicity means that they’re typically much cheaper to purchase when compared to traditional hot tubs. They also don’t require an electrician to install, which will save you even more.

In warmer weather, a similarly sized plug & play and standard hot tub will operate at around the same cost per month. Given that their filtration cycles can be programmed to run off-peak hours, standard hot tubs will be a little cheaper overall but the difference isn’t too great.

Once temperatures start to drop, however, standard hot tubs become much cheaper to run as their larger heaters are able to heat the water much more efficiently than the smaller heater found in plug and play hot tubs can.

So Which One Is Better?

When compared to plug and play hot tubs, a standard 220V hot tub is the superior choice in most cases. Though they will cost more upfront their added features, superior massage and energy efficiency means that they will more than justify that difference in price.

There are some situations where plug and play hot tubs are the better option, however. If you won’t be using your hot tub in the winter, need to be able to regularly move it, or simply don’t have enough room in your electrical panel for a 40+ amp hot tub, a plug and play hot tub could be just what you need!