Hydropool Vs Arctic Vs Coast – Which Swim Spa Is Best? 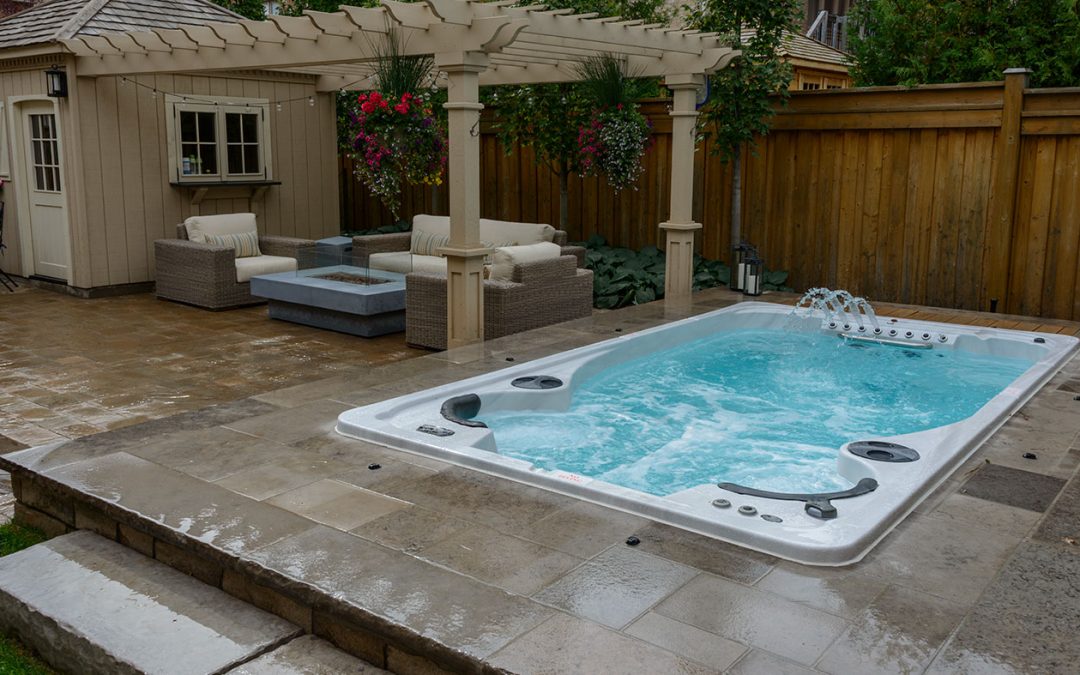 As swim spas become more and more popular, more and more swim spa manufacturers are popping up. Which swim spa manufacturer makes the best swim spas though? Today, we will look at a few of the most popular swim spa brands (Hydropool, Arctic, and Coast) in depth to see who makes the best swim spa. We will be comparing these swim spas in 3 main categories; the quality of their swim current, their running costs, and the level of maintenance required to keep them going.

Nobody likes to spend a ton of time maintaining their pool; after all, you bought a swim spa to relax and enjoy yourself, not to give yourself another thing to look after and clean. How much maintenance do these swim spa brands require? Let’s find out.

Arctic and Coast swim spas share a very similar filtration system, known as a suction side filtration system. Commonly used in hot tubs, this system relies on the pumps to slowly suck water through the filters while also drawing in water from “suctions” installed near the bottom of the swim spa. This means that only around 50% of the water that enters the filtration system is actually filtered, the rest just passes through the pump and back out the jets.

While this system works relatively well in hot tubs, there is simply too much water in a swim spa for it all to be properly filtered in this way. The result is that you will likely need to watch your sanitizer levels much more closely. You will also likely need to add clarifying chemicals and regularly vacuum the bottom of the swim spa to keep the water clean.

This revolutionary system means that all of the water in the swim spa is able to pass through the filter within 45 minutes. The built-in floor vacuum also sucks up and dirt and debris at the bottom of the swim spa, eliminating the need to manually vacuum the swim spa.

With their ultra-efficient Self-Cleaning filtration system, Hydropool swim spas are the clear winners when it comes to ease of maintenance.

One of the major benefits of owning a swim spa is that their running costs are significantly lower than other pools. There are three main reasons for this.

This isn’t to say that all swim spas are equally as energy efficient, however. While most swim spas are similarly sized, their insulation, pumps, and programming can vary quite a bit. How do our four brands stack up against one another? Let’s find out!

Hydropool swim spas also use ultra-efficient swim pumps that are 26% more efficient than other swim pumps. They also utilize a much smaller filtration pump to run their Self-Cleaning filtration system, saving you more money.

Since their Self-Cleaning filtration is so efficient, Hydropool swim spas only need to run for 6-8 hours per day to keep the water clean and clear. They are highly programmable; allowing you to set the filtration to run during off-peak hours to further reduce your costs. If you won’t be using your swim spa for a few days, you can even set it to run in an ultra-efficient “economy” mode while you’re away, then automatically resume normal operation when you plan on using it again.

Both Arctic and Coast swim spas use a suction-side filtration system which also costs them when it comes to energy efficiency. Because this system is not able to clean the water efficiently, it is forced to run 24 hours per day in order to keep the water clear and safe to use. As you can imagine, this significantly increases its running costs.

Both manufacturers also only use one layer of insulation; Arctic only insulating around the cabinet and floor while Coast only insulates the shell of the swim spa.

Hydropool’s complete 2 layer insulation and Self-Cleaning filtration system give their swim spas a big edge in terms of their overall energy costs.

Another major difference between the various swim spa manufacturers out there is in their swim current systems. When comparing current systems, there are four things we will look at:

Hydropool’s AquaTrainer swim spas offer one of the best swimming experiences in the industry. Their swim pumps are capable of delivering current speeds of up to 18km/h and their industry exclusive V-Twin jets spread this power out into a wide, deep and turbulence-free current.

The weakest point of Arctic swim spas is their current system. The use simple rounded hot tub jets which are only powered by one swim pump (Hydropool use 2 pumps in their swim systems). Rounded jets produce are meant for targeted massage and therefore produce a very narrow, frustrating current. Since they do not have swim fins, these jets also produce a very turbulent swim.

To make up for the lack of power and control in their swim systems, Arctic includes a “swim tether” system with their swim spas. This amounts to a large rubber band that you attach around your waist to pull you back so you don’t out swim the current.

The swim system in Coast swim spas are much the same as Arctic’s, with one exception. Coast swim spas use wide “river” jets rather than the round jets that Arctic use. While these jets do spread out the current over a wider area than a round jet, they lack swim fins. This means that they still produce a turbulent, frustrating swim.

The V-Twin jets and current control systems mean that Hydropool swim spas produce the best swimming experience of the bunch.

WHICH SWIM SPA BRAND IS BEST?

As you can see, Hydropool Swim Spas leads the industry in all 3 of these important categories. There is a very good reason for this. Hydropool has been manufacturing swim spas for much, much longer than either Arctic or Coast have.

Hydropool has over 20 years of research and development in their swim spas, having learned lessons years ago that other manufacturers are only now beginning to understand. For this reason, Hydropool produces swim spas that are far more advanced in both design, features and build quality.