Which Swim Spa Current System Should You Choose? 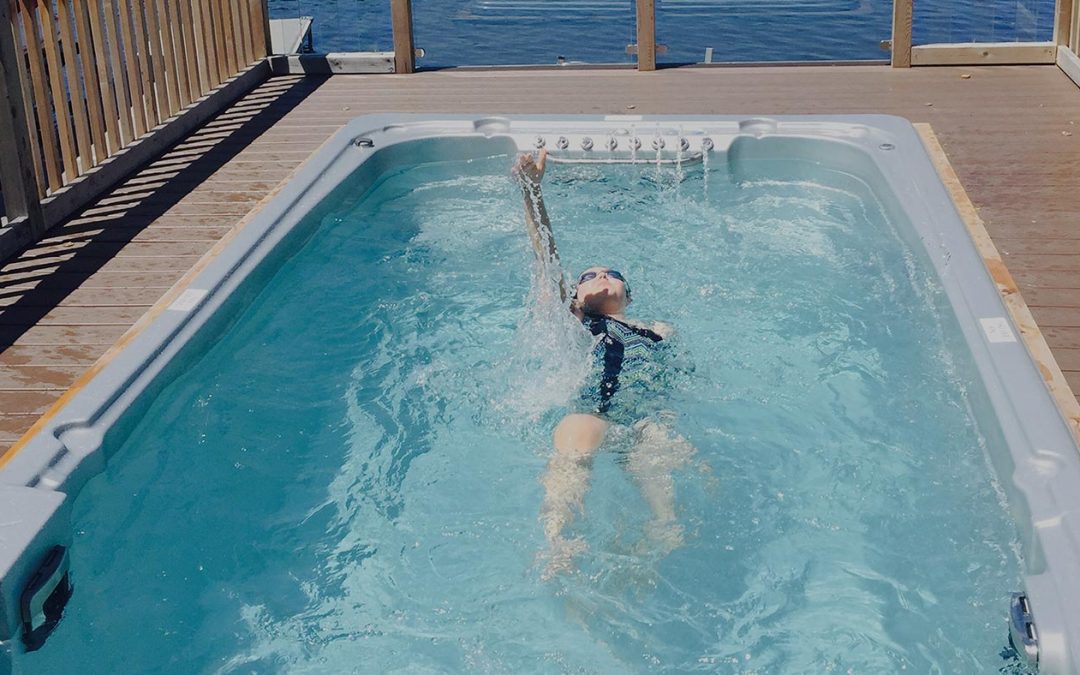 THE 3 TYPES OF SWIM CURRENT SYSTEMS

At the end of the day, it doesn’t really matter which propulsion system the swim spa uses to create the current. What is more important is that the swim spa has the 4 elements that make for a good swimming experience.

THE 4 ELEMENTS OF A GOOD SWIMMING EXPERIENCE

No matter how the current is generated, there are 4 elements that make up a good swim spa current. These are:

If you’re able to easily out swim the current then you won’t get the full fitness benefits that swim spas offer. The current should be strong enough to challenge you.

2) An Easy To Control Current

A current that can’t be properly controlled isn’t much good, no matter how powerful it may be. If you aren’t able to vary the speed of the water enough, the current may be too strong for some to enjoy the swim spa.

Along with being powerful and controllable, the swim current should also be relatively smooth. Turbulent water is difficult to swim in as it pushes you around in unpredictable ways.

The “swim lane” of the swim spa is the area where you can actually feel the water pushing on you. The wider the swim lane is, the easier it is to stay in the current and the more enjoyable the swim experience is.

THE MOST COMMON PROBLEMS WITH SWIM SPA CURRENTS

Swim spas have exploded in popularity over the last few years. Since they are still relatively new to the mainstream market, most swim spa manufacturers have only been in business for a few years. This inexperience leads them to make basic errors that really affect the quality of their swim experience.

The most common problems with swim spa currents today are:

WHAT TO LOOK FOR WHEN BUYING A SWIM SPA

So now that we know the most common problems, what are the solutions? Here are a few indicators of a good quality swim current.

To get a powerful swim you first need powerful pumps. When looking at different pumps ignore the horsepower rating of the pump in favour of its GPM (gallons per minute) rating.

Horsepower simply measures how much power the pump uses, not how much water it moves. Since water movement is the true measure of a swim current’s power, gallons per minute is a much more better measurement.

Most swim spas are only able to vary their currents by 20%-30%. A swim spa with a max speed of 10km/h, for example, is only able to be turned down to between 7-8km/h. The reason for this is that they use manual, hot tub style valves to control their current. These valves simply aren’t robust enough to properly deal with the amount of water needed to power the swim currents.

Electronic valves are much stronger and allow the current to be properly controlled. The electronic valve that Hydropool use in their AquaTrainer swim spas, for example, allow you to vary the swim speed from anywhere between 3-18km/h!

This level of control means that anyone who uses the swim spa – regardless of their swimming ability – will be able to find a comfortable speed to swim in.

Swimming in a narrow swim lane is very difficult. If your body moves to the left or right you can be pushed out of the swim lane and have to fight to get back in.

To make a wider swim lane, you need a wider jet. Widestream jets – like Hydropool’s AquaFlo Widestream jet – spread the current out over a much wider area than round jets will, making it much easier to stay in the swim lane.

Aquaflo jets are also equipped with industry exclusive “swim fins”. These fins are mounted inside the mouth of the jet and are designed to greatly reduce the turbulence created by the jet pumps.

Jet pumps naturally create a turbulent swim. This is because they move water using a spinning impeller. As the water exits the pump it continues spinning, which creates turbulence. The fins in the Aquaflo pump break up this spinning, creating a very smooth current that is much more enjoyable to swim in.

The AquaChannel Shell Design is a swim spa shell designed by Hydropool to greatly reduce the amount of turbulence in the swim lane. It does this with two specially designed protrusions on the “therapy end” of the swim spa. These protrusions cause the swim current to curl around them and move harmlessly up the sides of the swim spa.

By forcing the water up the sides – instead of back into the swim lane – the AquaChannel shell eliminates the turbulence caused by the current “bouncing” off of the walls of the swim spa.

If you’ve never used a swim spa before, it can be very hard to know what type of swim current system is right for you. Following this guide should give you a great start, however the only real way to know for sure is to test out a few swim spas before you buy one.

To see why we think Hydropool swim spas offer the best swim in the industry, contact us today to book your wet test!